Back to all Research Articles

This article was originally published by CRF as: Understanding Digital Currency from the Perspective of Physical Currency; by Haibo Chen.

Disclaimer: The opinions expressed in this paper are the sole responsibility of the author and do not necessarily represent the official position of CBPM.

Since the advent of Bitcoin in 2009, money research has ushered in a new wave of enthusiasm. Faced with the rising market value of digital currency such as Bitcoin, coupled with the rapid development of mobile payment and the significant drop in the use of cash, the central bank has begun to actively research its own digital currency in order to better exert the service of payment systems, implement monetary policy and maintain financial stability.

Money is a great invention in the history of mankind after the division of labor, which has caused tremendous changes in human society. Many great economists have been trying to define money accurately, but these definitions seem to have certain limitations. Based on the importance of money and the efforts of many great economists on the definition of money, we need to keep awe in talking about it.  From the perspective of literature analysis and the actual form of money’s existence, whether it is commodity money or credit money, it cannot be viewed in isolation, and it may not be appropriate to be seen as a universal equivalent or a string of encrypted data. Because money is inseparable from the owner or holder and is circulated in a certain size group, we should view money from a systematical and connected perspective. For example, gold cannot be called money until it is mined and owned by someone; banknotes cannot be called money before they are issued from the central bank. Only gold and banknotes are related to owners and holders, and then can be called money. Money may be inseparable from the ledger. The three basic functions of money can be understood from the perspective of ledger technology: value storage means that the ledger is unique, accurate, long-term, and not malicious. The medium of exchange refers to the update of the ledger information when transactions happen; the unit of value means that people reach a unified unit of value measurement through consensus, which can be the number of cattle and sheep, or the weight of grain and gold, or even a basic value unit, such as “yuan”, for value comparison and statistics.

Digital currency can literally be considered to consist of two parts: digital and currency. In general, digital may correspond to analog. A digital signal refers to a signal represented by the physical quantity of a discrete number. An analog signal is a signal represented by the physical quantity of a continuous number. The difference between the analog signal and the digital signal can be determined based on whether the amplitude value is discrete. In computers, digital signals represent the binary representation of 0 and 1 in two physical states, so their ability to withstand various disturbances, such as the environment, is much stronger than analog signals. If the digital currency is in the form of a currency represented by a discrete signal, the analog currency can be understood as the monetary form represented by the continuous signal. Therefore, digital currency has stronger anti-interference ability than analog currency in terms of value representation, which will be more convenient for people to use.

Looking at the various forms of money, the value of continuous representation may be the weighing money, such as gold, silver and so on. The result of each weighing is continuous. Later, in order to enable people to quickly and error-freely identify the denomination information represented by the money, it evolved from an analog currency represented by continuous denominations to a digital currency of discrete denominations. To some extent, since currency is discretely denominated, it can be counted as a digital currency. Whether it is metal currency, paper currency, plastic currency or electronic money, the signals describing the value of money are discrete digital signals, except that the medium on which the carriers of these digital value signals are recorded is different. Therefore, the broad digital currency includes not only electronic money but also some physical money.

Narrowly defined digital currency mainly refers to electronic money other than physical currency such as gold, silver, and cash. Since people invented electronic devices to record ledger information, money has a new electronic form. In the early days, electronic money did not need to be encrypted, but the money ledger information was transmitted in plain text. This was because the threshold of hardware facilities supporting electronic money at that time was very high, and the malicious attacker could not obtain the plaintext, nor could it maliciously tamper with the plaintext. This is just like the current banknote protection, the plaintext information through anti-counterfeiting technology. The early physical equipment for processing electronic information is an anti-counterfeiting technology that can protect plaintext information. However, with the development of science and technology, the high-tech threshold of relying solely on electronic equipment is no longer suitable for solving the security problem of digital currency. The development of encryption technology has played an important role in promoting the widespread use of digital currency. This also includes symmetric and asymmetric encryption related protocol, privacy protection technologies such as blind signatures, and distributed ledger technology to reduce trust in centralization.

Currently, researchers divide digital currency into account-based and value-based forms. Account-based currency refers to deposits in financial institutions such as banks; value-based currency refers to the value representation of pre-existing bank cards or mobile devices. However, from the perspective of taxonomy, accounts and values do not seem to be the same level. Account-based and non-account-based, or based on value and based on non-value, may be the same level. Non-account does not represent value, and non-value does not represent account.

Currency based on spatially centralized ledgers also includes “digital currency” represented by bitcoin. In order to reduce the trust required for the centralized agency, the centralized ledger represented by Bitcoin is not only managed by a centralized agency but also distributed management by multiple nodes, thereby preventing malicious tampering of the ledger and double spending of money. However, the current “digital currency” represented by bitcoin does not have the basic attributes of money, and it may be called digital assets. This is like the situation where paper was not used as money at the very beginning, but it can be used as a carrier of monetary ledger information after adding anti-counterfeiting and other technologies. At present, “digital currency” such as bitcoin, based on distributed ledger technology, may become the real currency if having the basic attributes of money with the continuous development of science and technology in the future.

Currency based on spatial separation of the ledger also includes cash, but the carrier of cash ledger information is paper, plastic, etc., that people can perceive. If the carrier of the space-separated ledger is the electronic device, such as a security element embedded in a bank card or a mobile device, then it is similar to a value-based digital currency.

This paper studies the essential technical attributes of money from the first principle, and believes that whether it is physical money or digital currency, its technical essence is the ledger information, but the various currency forms are different in the carrier of the record currency ledger information, and the representation of denomination and account. If you look at it from the perspective of information technology, then the discrete information represents the value of the currency that already has the attributes of the digital currency. In general, a digital currency is defined in a narrow sense, that is, a currency ledger that is recorded and processed by an electronic device. It may be more appropriate to divide digital currency into two forms based on a spatially centralized ledger and a spatially separated ledger instead of an account-based ledger and value-based ledger. Since the nature of money is ledger information, it is directly related to the distribution of products and services in human society and is closely related to the development of economy and society. Therefore, it is very important that money should be difficult to tamper with, easy to use, and credible for management.

Haibo Chen is a researcher at the Currency Research Department of China Banknote Printing and Minting Corporation (CBPM), a member of ISO/TC 68/SC 8/WG 3 Second tier registry for digital currency codes, and was a researcher at the Institute of Digital Money, PBOC. He got his PhD degree at the Chinese Academy of Sciences. Email: chenhb@jszx.cbpm.cn

Additional Resources on this Topic:

Advances in Digital Currency: What does it mean to the Credit Team in the B2B Space (Q1 2015 CRF News Article)

Considering Digital Currency – What to Ask For (October 2018 Forum Presentation) 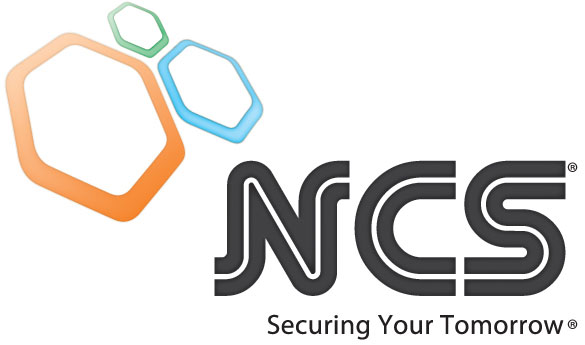